While I am not one for resolutions, I did actually set some goals for 2015.  It was a great thing for me, and I am so glad I did it.  I didn't meet all of them, and I surpassed others.  It was a great tool for me to keep myself on track, not because I wanted to change this big thing about myself, but rather because I wanted to see what I could accomplish when I set my mind to it.

Much of this mindset comes from my love of running.  Way back in January of 2014, 2 years ago today, actually, I decided to walk a certain number of miles each month.  I wasn't looking to lose weight, but I wanted to be in better shape and health and I was in the midst of a huge career change, and I think I was looking for something steady and predicable.

I walked almost every single day and hoped to complete anywhere between 40-55 miles in the month. About 3 weeks in, I began to feel the desire to run some of my miles.  I would run for about 45 seconds and have to stop to catch my breath.  It was ridiculous!  But it felt amazing.  I set my app on my phone to tell me every single minute, so I would run for one, and walk for 2-3.  Before long I was running 2-3 minutes and only walking one.

Sometime in February or March of 2014 I decided to sign up for a 5k race.  I went for a non-competitive one at the Botanical Garden because I wanted to non-competition part and also the opportunity to run in the beautiful garden.  I did a run-walk approach to most of the race and ended up timing at about 30:06.  I was so proud of myself! 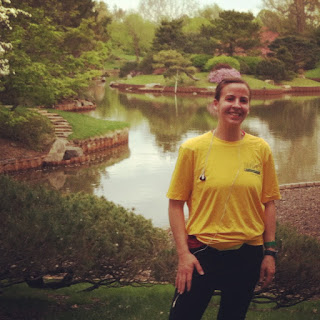 At that point I decided that I really wanted to be able to run for at least 30 minutes without stopping.  I also wanted to do one 5k race each month.  Each month I completed one, and each month I improved.  In September 2014 I got first place in my age group with a time of 26:51, and I ran the whole time. 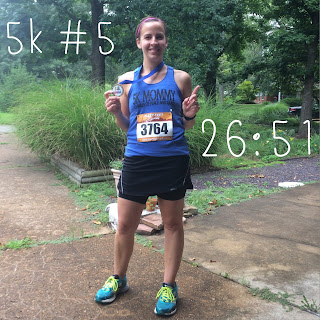 It was about this time that my running friends began to ask me when I would step it up to a 10k race.  I liked the idea of that, but I also wanted to take my time and not rush my body.  I was running 3-4 miles 4-5 times/week and I didn't want to increase that much to train for a longer road race.  I was having so much fun, I didn't want to change too much too fast. 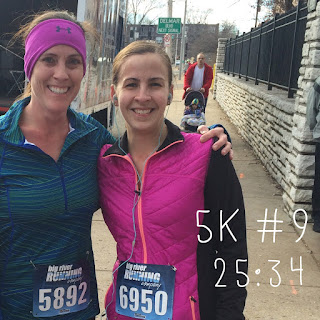 I was so happy!  I shaved over 4 minutes off of my 5k race time in less than 1 year.  My friend was super fast!  I could barely keep up with  her pace, and I was so grateful for her.  There's no way I would have finished with this time if I hadn't been trying to keep up with her.  It was such a fun race.

What happened afterwards I didn't anticipate.  I lost some motivation for 5k races now that I felt pretty certain that I couldn't top my new PR, and I didn't want to try and improve my time with speed training.  I was still running 3-4 miles 4-5 days/week, which I loved.

It was around February of 2015 that my brother-in-law asked me if I was interested in doing some trail running.  He has been a runner in the past, but because of health issues he had been sidelined for the past few years.  He was ready to get back into it, and I was ready to try running not only with a partner, but also off-road.

He and I started running on trails on the weekends.  We stuck to pretty easy trails that were either paved or gravel since the cold weather and melting ice kept the trails around town pretty wet.  We decided to sign up to run a 10k trail race in March.  It would not only be my first 10k race, but also on a trail!  I was nervous, and it was awesome. 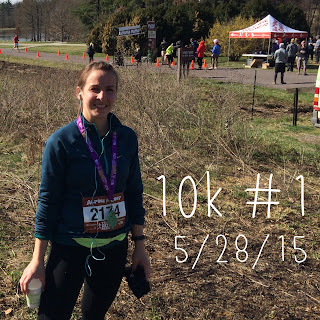 I was hooked.  Trail running was something I didn't' even know I was missing.  Running outside on a trail is like nothing I have ever done before.  My BIL and I went on to run multiple trail races ranging from 3.5 miles to 10 miles. 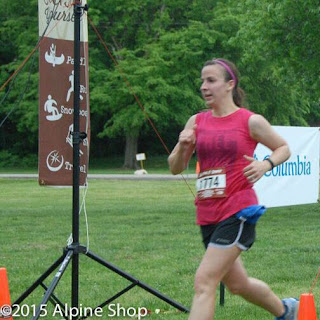 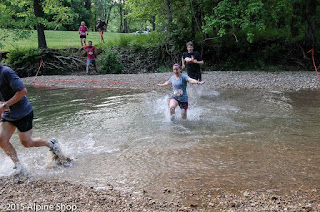 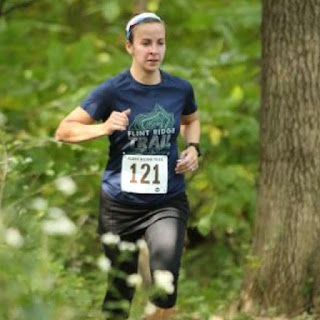 I stretched myself farther than I ever have before, and learned things about myself I never knew were there.  I found a sense of adventure and exploration I never knew existed inside of me.  Running not only became the way I dealt with my heath and wellness, but is becoming synonymous with the way I live my life.

It has sparked a light it me that is hard to explain.  Most recently, on 12/12/15, I completed what is considered to be the most challenging trail run in the area. 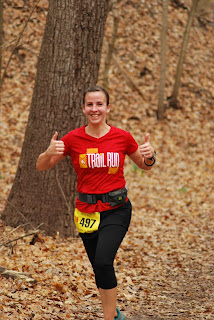 In addition to the many races I completed this year, I also set a goal for mileage for the year at 936 miles, which I completed with a few days to spare. 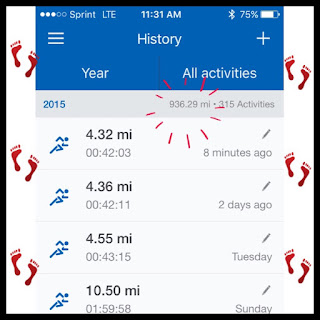 Before I put on those walking shoes in January of 2014, I hadn't ran at all since I played soccer in high school.  I feel amazing, have a new rush for being outdoors, and am already signed up for a 15k trail race in February, a 20k trail race in March, the spring trail series of 4 races in the month of May and a HALF MARATHON TRAIL RACE in September!!  (Yikes!)  And last, a goal to run 1008 in 2016.

One of the most important things I learned this year is this: 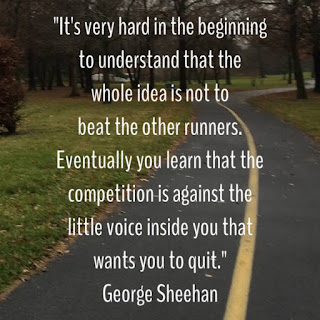 It really did take nearly 2 years for me to learn this very important point.  The races I do are not about winning my age group, or setting a time record.  The races I do are about looking at a challenge, staring it in the face, and killing it.  The other runners truly do not matter.  Besides the kind and encouraging words we throw around at each other particularly after a ridiculous climb up what feels like the side of a mountain when we can finally exhale and realize what we all just accomplished! 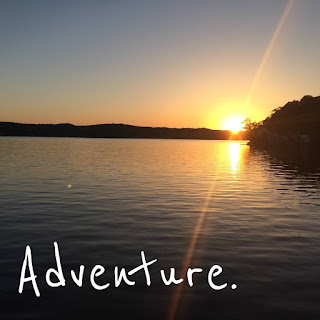 I want to stretch myself farther than I ever have before.  I want to set goals and watch myself crush them.  I want to try something new that I have never done.  I want to explore nature and bring myself and my family closer to each other and to the earth.