2016 was full of many adventures, both personally, professionally, and within my running goals. It was a great year! Let's recap in photos,because that is super fun.

In February 2016, I started a new job. I know it's been a while since I posted at all, but particularly about this, but this was a HUGE move or me. For the first time in 15 years, I do not supervise a team. I am responsible for my work and my work alone. I am not in charge, and while I get to make some important decisions, the really important ones are made way over my head. This was certainly an adjustment at first, but it is proving to be the huge step back in life I needed, leaving time and space in my heart to be available and present for my boys. 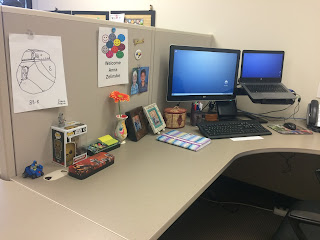 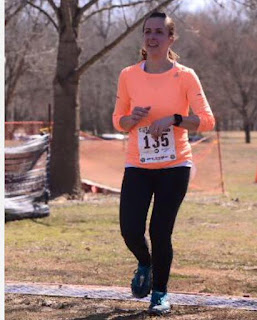 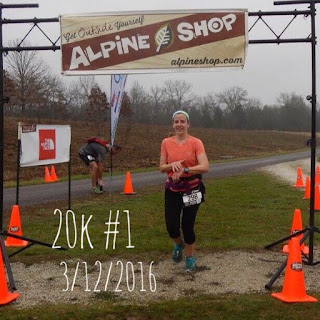 Then a 25k in April! This April race was my first taste of the ultra marathon world, as the 25k distance is basically an ultra half marathon. This got me so excited about increasing my mileage! 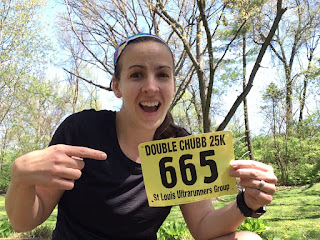 Even N decided to run a 5k race with me. Couples who race together...! 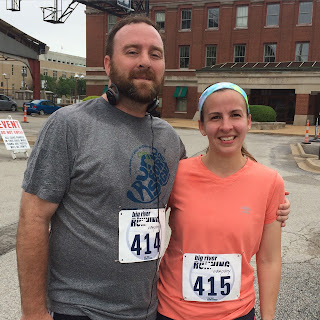 This was the 4-week trail race series in May that I ran last year as well. All of the courses are in one of my very favorite parks on different routes throughout the trails. I landed in the top 10 in all four races and even hit the top 5 in race #4! 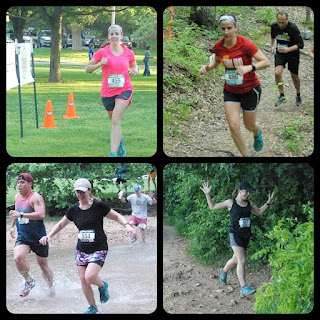 This guy lost his first tooth. It seems a bit early to me, but I suppose it happens at different times for different kiddos. He's growing like a little weed and is the happiest kid I know! 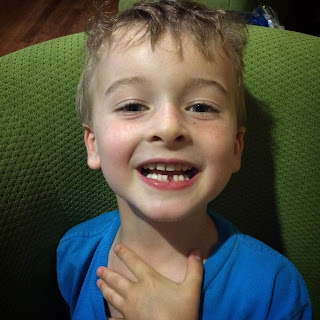 I just love this photo of N. He and I are just like everyone else in our relationship, we have our ups and downs, and at the end of 2016 we were in a pretty rough down. But we are working hard to stay present and connected and with the needs of our love and our family in the front of our minds. If anything is an adventure, it is going through life with another person. We love each other so, and we get complacent. But we are turning toward each other and doing our best to love each other well. 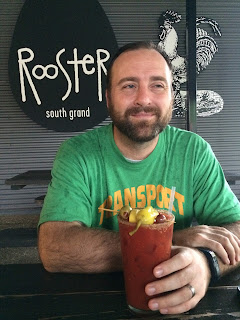 See? Little signs of love are all around us. We just need to keep our eyes open to see them. 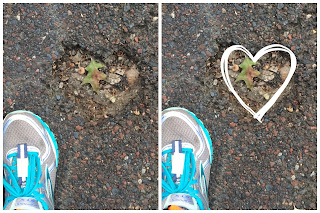 This boy is a whole hand worth of fingers. I haven't posted much about them. I guess I haven't really posted anything in a while, but with them it is somewhat intentional. These boys are becoming the people they are meant to be. What if they don't want their stories on my blog? What if their idea of privacy is different than mine? I feel like I need to be extra guarded as they continue to grow into young men. I can say without a shadow of a doubt, that good things will come for this boy. He's a special one, my little LBZ. His demeanor is so endearing. I only hope he will not feel let down by the world when he finds out it is not as genuine and pure as his little heart. 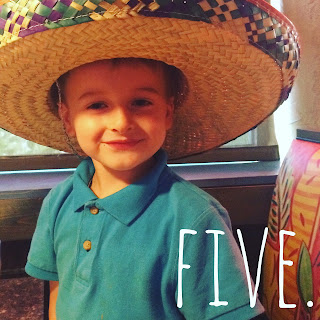 And this boy. How hard it is to put the beauty of his soul into words. He is kind, and generous, a great friend, and a brave young man. He had a conflict with a fried at school and will barely any help from me, sought out the support from his counselor to help mend the friendship in a way that everyone felt heard and loved. I'm not sure how I got so lucky to have this boy in my life. Watching him grow into a man may be the most rewarding this I will ever do in my life. 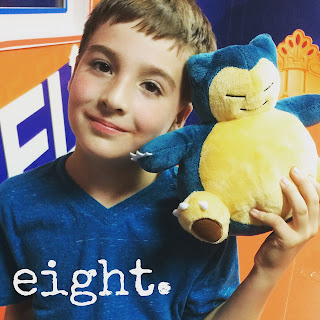 In September I ran this race for the second year in a row, but this time it was really challenging. My head wasn't in it, and I was experiencing some burnout. The only reason I am smiling in this photo is because it's the finish line and the race is finally over. 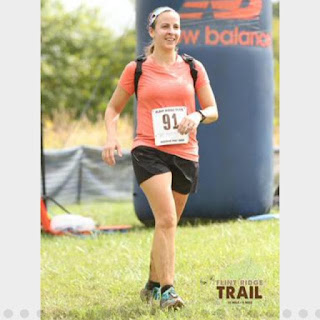 Later in September I had another race scheduled. I got up super early as usual as there was a pretty long drive to this one. When I woke up, I saw this not that N left me. "Have fun, run hard, stay out of your head, enjoy the experience. These words were my mantra during the race. I enjoyed every mile that wrapped around a beautiful lake. This note meant a lot to me, and restored some lost love I had for running. 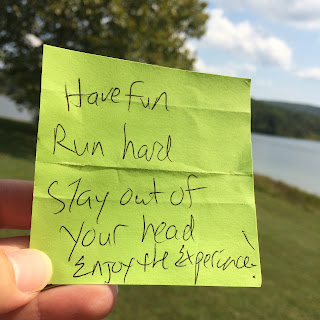 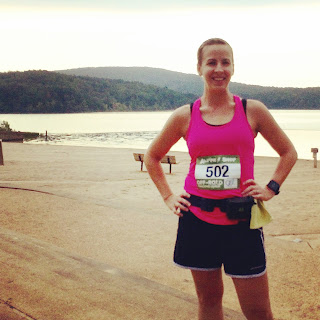 In the fall, N decided to coach LBZ's soccer team, and BBZ was the "assistant coach". It was a fun adventure where we met lots of new families in our area, and even found some friends that LBZ will be with in kindergarten! N was a great coach. His 3 rules: Be kind, No hand, and Have fun! 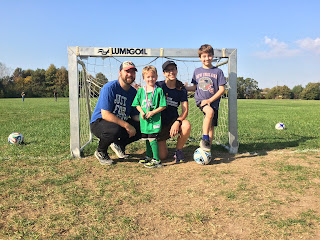 This was probably one of the most proud races of my running career so far. It was a 20k on a local trail with some of the toughest climbs around. And I ended as the 4th female overall! It was after this race, however, that I had to finally admit that there was some serious GI issues that happened to me after long runs and races like this. What I had been chalking up as typical runner's trots were becoming a much more worry some situation. I decided to make some major changes to my diet and vitamins and have been gluten free since 10/2016. It has been a slow process, but I can tell my gut is healing and this issues are less severe. I do think it will probably take all year to fully heal my gut to the point where I can build some serious miles into my plan. I hoped to start training for a 50k around this time last year, but that goal in on hold. 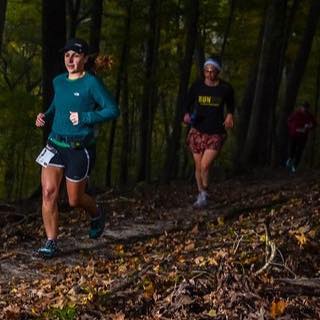 This is from another 20 k race in 11/2016. I was signed up for the 30k, but as described above, i needed to back off a bit while I sorted out my health issues. I had been running with a new group I met through the Meetup app, and earned myself a reputation for putting my arms out like an airplane when I go fast down trail hills. Apparently, as captured in this race photo, I also do the airplane when creek crossing, too. 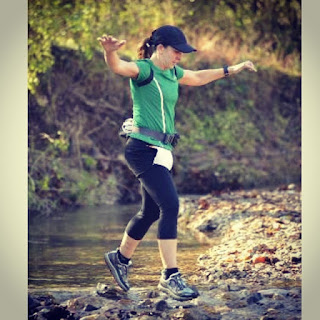 Although I said I would never go to the far north in the winter months again, we made the trek to see my parents and did some hiking and adventuring while there. 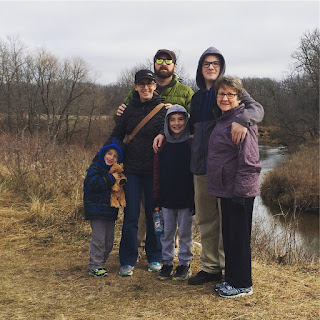 My final race of the year was in chilly December, the day after our 10-year wedding anniversary! It was at a lodge, so N and the boys came along and met me at the finish line. It was so great to have them there! 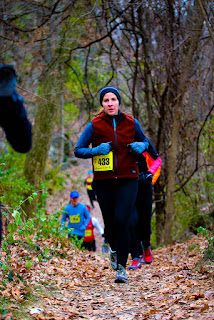 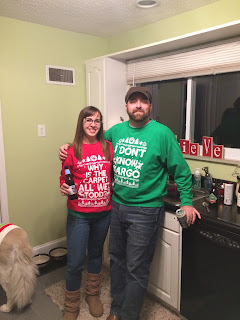 And had an amazing holiday season celebrating our life, our love, and these 2 young boys who simply light up our lives. This whole thing is an adventure, and one wild ride. While I'd like off every now and then, I wouldn't change a thing. 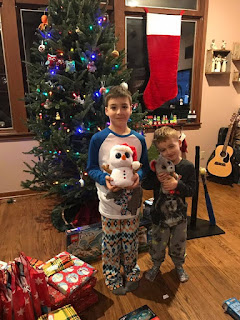 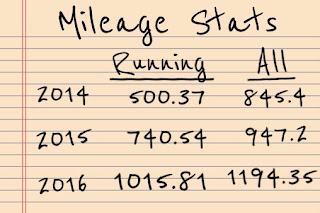 2016 was a great year, full of accomplishments and challenges. 2017 will prove to be similar, I think. My running goals are to run 1050 miles in the year, with 300 of those miles on trails. I also hope to focus on strength training and injury prevention as I continue to figure out how I can increase my miles and heal my GI issues. I'd love to add a 50k to this goal, but that may be a 2018 goal.

Email ThisBlogThis!Share to TwitterShare to FacebookShare to Pinterest
Labels: about me, moments not to forget, my boys, not the perfect mama, running
Newer Posts Older Posts Home
Subscribe to: Posts (Atom)