Making it to the far north before the storm that brought 11.5 inches of snow. 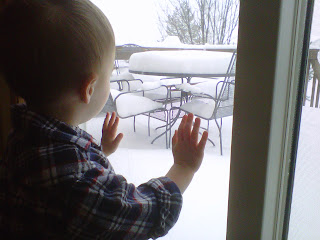 Leaving the far north after the next 6 inches falls.

Spending the holiday with immediate family.

A little boy bundled in the warmest coat he owns. 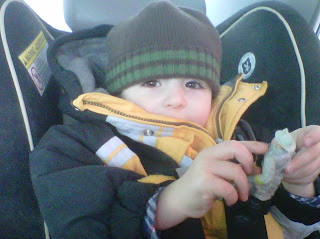 A very well deserved promotion for my husband.

Exciting prospects around every corner.

Putting BBZ to bed and not nursing him for the first time in his life...besides when he was sick and refused.

A pretty dog with a fresh new haircut.

The smell of spices that fill a kitchen as my mom cooks a pumpkin pie.

Chilly cold cheeks after an hour of play in the snow.

My dad, who makes the best Thanksgiving feast imaginable.

Temperatures outside that support the food that's overflowing our refrigerator into the garage.

Piles of snow in a parking lot as high as the buildings.

A trip to the mall with my mama for a little shopping.

A blog by my sister that shows that her mind at ease.

Tantrums, too-short pants, "my do it by myself"s, and other signs that my son is growing more and more independent.

Paintin' on a Saturday.

I woke up early this morning and met my friend Laura at a local mall.  BBZ, who is usually a terrible shopping partner, did pretty great today.  He was pretty good about getting back in the stroller after exploring a little and although he fought me about leaving the book store and the train table, he did great.  He doesn't seem to be feeling well and neither am I, so he took a nice long nap when we got home.  We were trying to find something easy, yet fun to do inside on a chilly, fall Saturday. 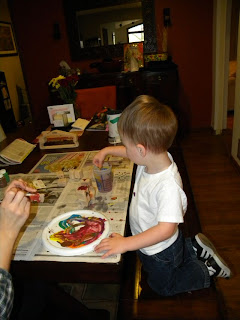 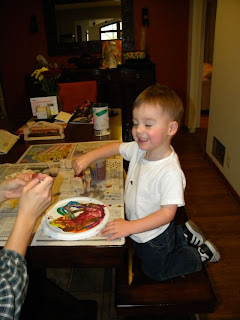 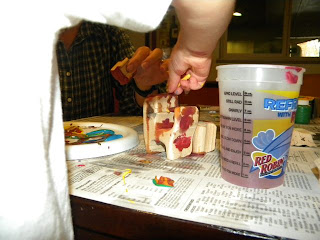 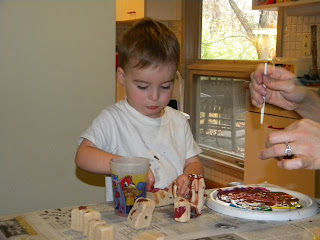 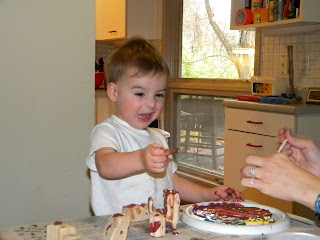 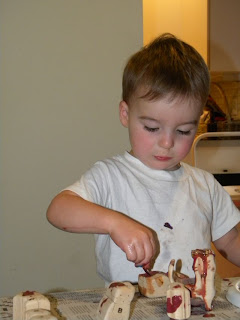 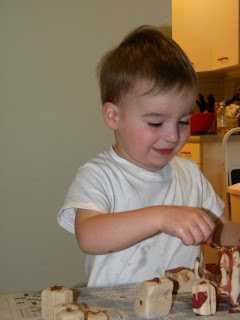 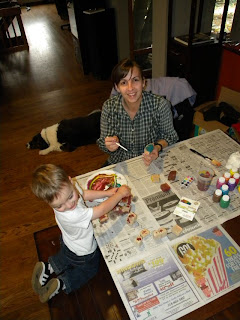 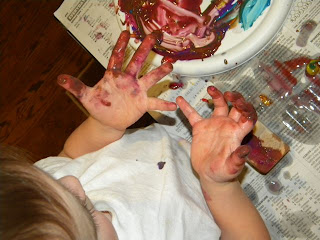 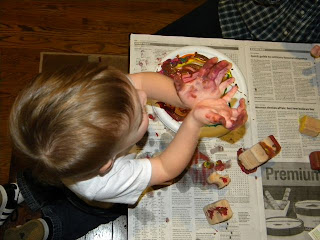 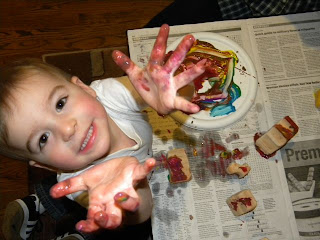 The many phases of BBZ's Bed

After BBZ turned 2, it became evident that we needed to turn his bed into a big boy bed.  He didn't really try to climb out, but since he was getting older we thought it was time.  This is what his room looked like when we first moved into the house... 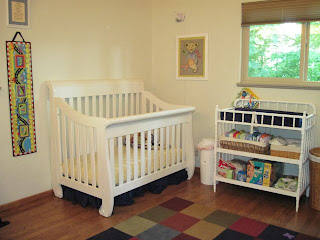 I took the front off of the crib and went to attach the toddler bed rail and that's when I noticed that we were missing a very important piece that the toddler rail screwed into.  I put the side of the crib back on the bed and called the company where I purchased the crib and of course, the model was discontinued.  The woman was very nice and ordered a part for me to try.  About a week later I picked the piece up from the store and hurried home with BBZ in tow and tried to finish this project.  Well, the piece didn't fit.  Hrumpf.  The side of the crib was crazy hard to get off, so I was really bummed out that this didn't work.  N was on his way home so I asked him to see if he could pick up a bed rail from Target.  He came home and we all stayed up too late only to find out that the bed rail was for a twin size bed.  I decided that it would have to do at least for the night and put BBZ to bed in this... 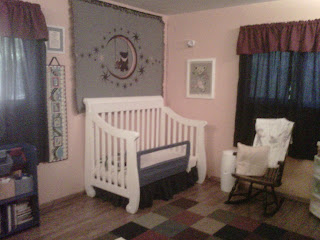 We also moved the changing table out, which gave us so much more room!  BBZ did great the next 2 nights and slept in his bed all night.  Then it happened...he figured out how to get out of bed.  For the next few (maybe 3) weeks, he ended up in our bed each night.  He was taking antibiotic for a sinus infection so I don't think he was feeling well anyway, and that coupled with the fact that mommy and daddy's bed is nice and warm and cuddly sure seemed to draw him in.  It was exhausting to say the least, but our house has not been without sleeping challenges, so we kept with it.  It didn't get better.  He and I were playing in his room and he kicked the bed rail off which made me worry that he figured it out and could now possibly fall in between the bed and the rail.  I took the rail off and tried that one night, but he fell out of bed twice and of course, ended up in our bed.  So we came to our last resort...convert the crib into a full-size bed.


On our way home form school one day last week, I asked BBZ if we got him a firetruck bedspread would he sleep in his own bed?  He said "oh yes, mommy I want a firetruck bed!"  So we went to the store and bought the full-size mattress in the picture below.  He and I also looked at firetruck blankets online and also shopped around with N and my mom, who was in town during most of this experimenting.  We didn't find a blanket in the store so we bought one online and explained to BBZ that the mailman would bring it one day next week.  The mattress was delivered the next day but the saga continued.  I could not believe how high the bed held the mattress and box spring!  I did not feel it was safe so we put the box spring in the basement and rested the mattress on the slats that went across the bed frame.  N had the idea of buying plywood to secure the mattress so my mom and I did on Friday.  I am happy to say that he slept in his bed all night 2 nights in a row!  This was timed *perfectly* with daylight savings time and 5:30am is his new wake-up time, but hey, I'll take it!
Here he was that first night! 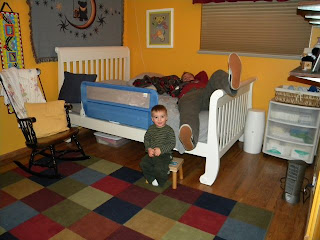 So that was Friday and Saturday nights that he slept all night.  Actually, he did on Sunday night too.  Last night/this morning he woke up around 4:40am and would not go back to sleep in his own bed.  He came to bed with us until around 7am.  So while he is not a perfect sleeper, it is at least something we can deal with.
Today was (hopefully) the final chapter of this crib-to-toddler-bed-to-full-size-bed saga.  Today, the fireman bedspread came, and little BBZ could not have been happier! 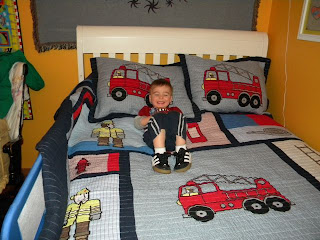 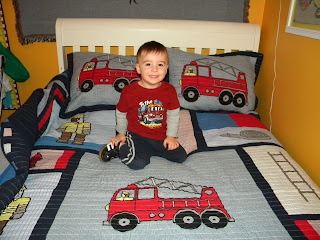 There was even a little bit of jumping for joy in the mix.﻿ 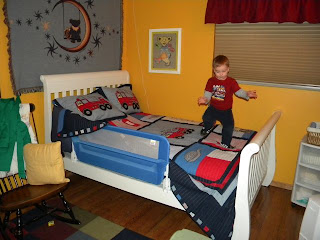 Fingers crossed for a good night sleep under that comfy blanket!
( and in his own bed :)  )
Posted by Anna at 10:00 PM