The Origin Story of My Nickname, Anna-Mae

It’s August 2020 and I don’t know about you, but Hamilton the musical has invaded our home and any time we say anything about a room it is followed with “where it happens”. As a huge fan of musicals, I am actually loving it. This line has captured my mind lately though:

“Who lives who dies who tells your story?”

My dad recently shared a beautiful story about his grandmother and it had me thinking; when his generation is gone, who will continue to tell her story? Who will ever say her name again? The story included the fact that she wrote in a journal every single day from 1954 through 1976. He has been reading her journals and it has connected him with her all over again, even though she has been gone for years.

That made me think about this blog. I wrote a lot when BBZ was little, wanting to capture everything he was doing and everything I was feeling as a new mom. As time has gone on I have shied away from blogging about the boys as I now feel protective of their stories and want them to be able to share what they choose about their lives, not what I feel like is worth sharing.

I have also been thinking about capturing some of my own stories that they may want to read one day. So here I am, ready to tell a story.

It’s a just a little one, but one that is meaningful to me nonetheless. It’s the origin story of my nickname, Anna-Mae. Many people have asked me if my middle name is Mae and it is not. There is a fun story behind it though that dates back to 2001-2002.

The group home sat in a cul-de-sac not in a neighborhood but positioned near one, which was an attempt at de-institutionalization and at the time was a big deal. State hospitals were still open and this new semi-integrated setting was all the rage. The home had reopened after being closed for some time and the men who lived there along with the staff and me were new to group home #6.

In this home was a man named RRR. He was one of the kindest, most selfless, funny and positive people I have ever known. He also had a severe seizure disorder and a diagnosis of “profound mental retardation”, back when that term was used widely. I think he was in his mid-50s and used a manual wheelchair. One of his hands was contoured but he was able to wheel himself around his home independently. He and I had an immediate connection.

I imagine he lived all of his life in an institution, as parents of young men with his type of disabilities during his birth time period were often told that is what was best for their child. Knowing RRR though, with the right amount of support he could have easily lived anywhere he wanted, and was happy no matter where he lived. He was a light in this sometimes dark world. Thinking back, my little LBZ would have loved him. In all honesty though, everyone loved RRR.

One of my job responsibilities as the group home manager was ensuring the men in the home maintain their Medicaid status and keep their bank accounts at or below $999, a rule of Medicaid. RRR’s account was edging closer to this parameter and I asked him what he would like to spend some money on. He emphatically said he wanted to be able to listen to music.

So I worked with our accountant to purchase him a Walkman and some audio tapes. He had requested music form the 60s so I found him one with all 60s top hits. One of the songs was “Soul Man” and he would sit outside of my office, which was a hallway coat closet that had been turned into a makeshift office with a desk that I think was an old door that sat upon two file cabinets. There were no computers in offices back then, but the space did give me a private place to make phone calls and work on paperwork.

Anyway, RRR would sit outside of my office with his headphones on singing with more gusto than I can put into words: 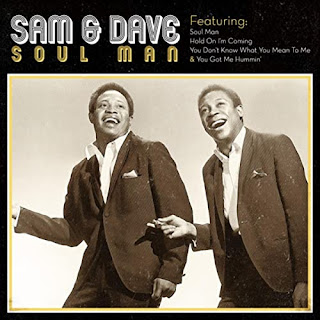 In case you want to hear the song RRR enjoyed so much, check it out here.

I can still hear his sweet voice in my head all of these years later. The other staff in the home were so bothered by this, it would make them crazy! I loved it every single time. His little soul just screamed through that music and he was absolutely in love with life.

So this sweet man just started calling me Anna-Mae one day. I am not sure why. He never explained why and I never asked. He was one of the best people I have ever had the pleasure of knowing. N met him a couple of times during his Special Olympic games and overheard him calling me Anna-Mae, so it has stuck. N still calls me this to this day, and it is all because of RRR.

RRR died a couple of years ago, as did any opportunity for him to create more stories. This one though, I will carry with me for as long as I can. The origin of the nickname he gave me that my husband carries on belongs to RRR and RRR alone. This story will continue with me and I hope it brings a kind smile to your face on this lovely summer evening.

Goodness knows memories of a sweet man named RRR who lived in a group home in St. Charles, MO certainly does that for me.

Email ThisBlogThis!Share to TwitterShare to FacebookShare to Pinterest
Labels: about me, moments not to forget, music, storytelling
Newer Posts Older Posts Home
Subscribe to: Posts (Atom)